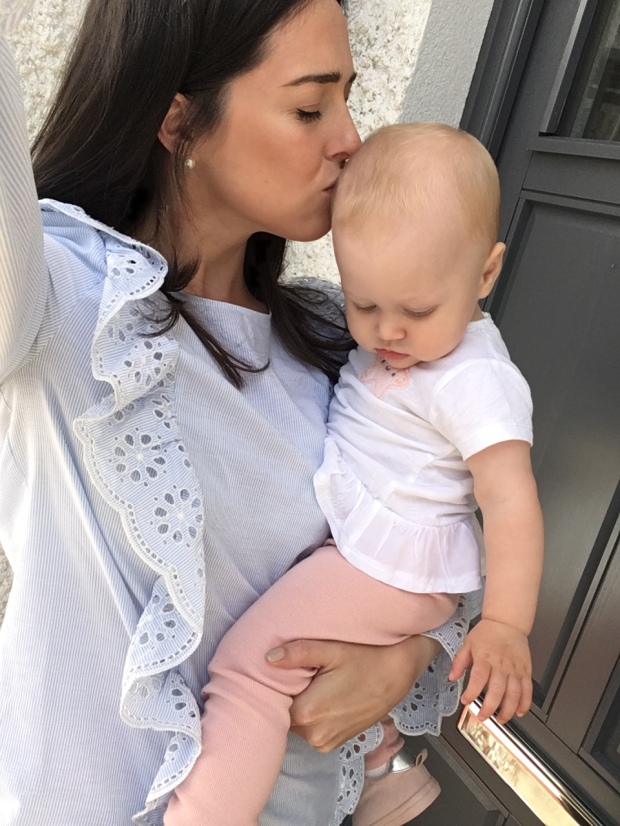 So I’m sure you’ve all heard of babies’ milestones. If you’re a parent you’ve probably recorded them somewhere, photographed & videoed endlessly – cursing the iPhone storage because it only holds thousands of images of your little angel (like myself).

Well I was thinking this morning, what about Mummy Milestones? (And I mean Daddy too but for now just Mummy as I’m talking from my point of view).

In the past fortnight both Lily and I hit a BIG milestone. Lily’s first taster sessions at nursery…eeek! When Lily was around 8 months old we went to have a look around the nursery we’d been told so much about by friends, it was such a lovely place and I couldn’t fault it in any way, yet on the drive home I cried. A LOT.

This was nothing to do with the nursery, it was my own anxiety as I didn’t feel ready for Lily to go. She was still taking feeds throughout the day and having exclusively breastfed her since she was born I was worrying as to how she would cope without boob and how I would get her to take expressed milk from a bottle. I started to panic. Then I spoke to one of my close friends & fellow breastfeeding Mummy who told me to relax and that once Lily was at nursery she would be so distracted and eating more solid food that she would be fine without breastmilk.

Over the next 6 weeks I worked on cutting Lily’s mid-morning feed out, which went surprisingly well as she would have breakfast around 8am, she would nap around 11am for up to an hour, I would offer her water and then we’d have lunch around 1pm.

While we were in Portugal all that went out the window because of the teething and because Lily just wasn’t herself at all I started to stress again. I was really struggling with the idea of handing control over to somebody I didn’t know, to care for the most precious thing on this planet to me.

It was silly things like “Would they clean her bum properly?”, “How would they deal with difficult nappy changes?”, “Would they definitely manage her dairy free diet?” #psychomum 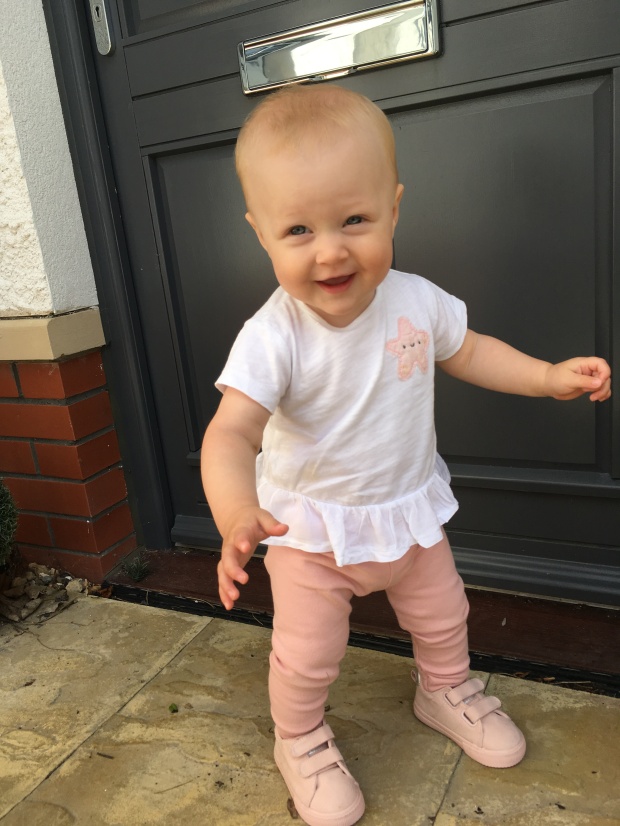 My tiny toddler all ready for her big day

On Lily’s first taster we were offered the chance to sit in with her for half an hour and that was the best thing for me, all my anxieties faded away once I met the girls who would be looking after her, they are all so lovely. Lily was having such a great time that she didn’t notice us leaving the room which left Lee & I almost feeling a little rejected! We then enjoyed a breakfast date together, our second time on our own in 10 months!!

On her second day Lily did the full morning 8am-1pm and was absolutely fine. Lee & I dropped her off together & went for our second date of the week…to the gym! This was our first gym date in over a year so it was so good to be back. It’s these little things that I really miss, not nights out drinking but gym dates & cinema trips. This is something we’re going to work on as Lily gets older as it’s so important to have that time for us as a couple.

This week I had another huge Mummy Milestone, my return to work! Now I have to say I am so lucky to have the most amazing manager and colleagues that I was really looking forward to being a part of the team again. I did feel a little apprehensive the week before because as I’ve said before Baby Brain does exist and I was concerned as to how I would concentrate on the job. However, on my first day back in the office Lee sent me loads of pics & videos of Lily having a lovely day so I was able to relax & concentrate and enjoy some time being Jane again. I was shattered by the end of the day though, I felt like the new girl training.

It will take a few weeks I think to adjust to our new routine but I’m excited for our next chapter and to see our baby progress further from her time at nursery & socialising with other babas her age.

Wishing you all all the luck with your own milestones.

P.s I just googled the term Mummy Milestones and found these amazing cards on Amazon https://www.amazon.co.uk/Milestone-Cards-Mummy-Unique-Alternative/dp/B01JN1H0OU